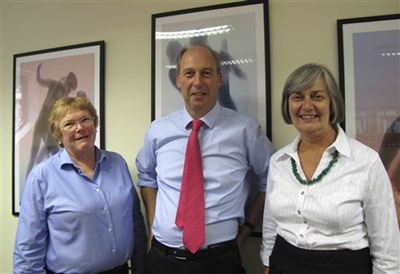 Dr Ashford is consultant radiologist at St Richard’s Hospital, Chichester.  He has extensive experience in both nuclear medicine and PETCT (he holds ARSAC for both) and has been working with e-Locum for several years as reporter, auditor and mentor. In nuclear medicine he is chair of the South Thames Nuclear Medicine group and a member of the intercollegiate standing committee NM RCR/RCP.  Also he is a BNMS departmental auditor.

Sue Marchant re-joins the e-Locum team, having been acting general secretary for the British Institute of Radiology.   She has held various posts as both a general radiographer and then as a neuroradiographer.  During her time at UCLH she was special projects manager for the PACS and RIS projects

See the full report on page 32 of the October 2009 issue of RAD Magazine.