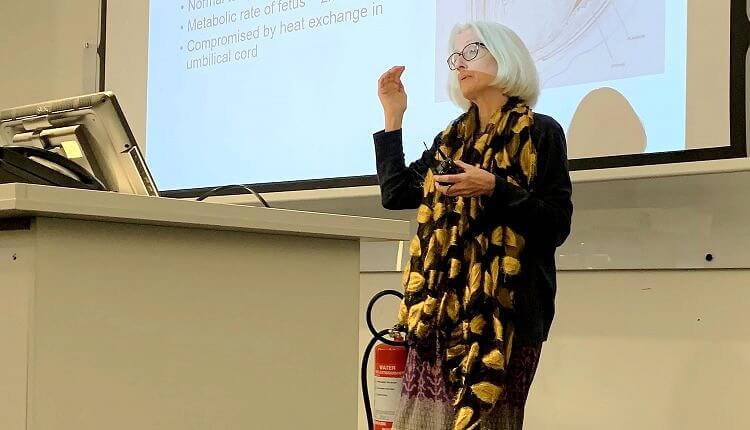 The Society of MR Radiographers and Technologists (SMRT) British chapter held its inaugural meeting in conjunction with the British chapter of the International Society for Magnetic Resonance in Medicine, which was hosting its 25th anniversary meeting at the Diamond Building at Sheffield University.

The programme featured talks on fetal MRI by Dr Elspeth Whitby from Sheffield Teaching Hospitals NHS Foundation Trust and Professor Penny Gowland from the University of Nottingham, as well as the practical and safety aspects of 7.0T by MRI co-lead Michael Sanders and associate professor Stuart Clare from the Wellcome Centre for Integrative Neuroimaging at University of Oxford.

Interim SMRT British chapter representative Ben Statton, lead radiographer at the Robert Steiner MRI unit at Imperial College London, said: “We were thrilled to have so many radiographers attend our first meeting and we were immensely grateful to each of the speakers who volunteered their time and gave such engaging and relevant presentations. We are already working hard to put together an equally engaging programme for our full day meeting next September at Cardiff University.”

The SMRT is a growing international non-profit society for MR radiographers and technologists that works to educate, connect and promote the profession.

Picture: Professor Penny Gowland of the University of Nottingham presents to delegates on safety considerations for fetal MRI.

Published on page 13 of the December 2019 issue of RAD Magazine.