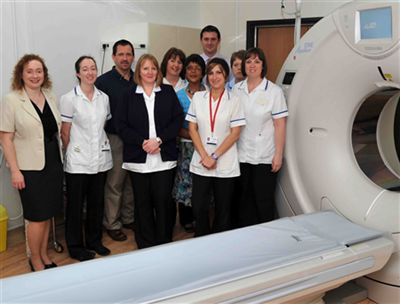 CT superintendent Patricia John said: “We were used to the intuitive Toshiba CT platform and the new Aquilion One complements our Aquilion 64 system.  We found we were covering advanced applications such as dual energy in the first week of applications training.

“We chose the Aquilion One as we feel it is the most capable cardiac system on the market.”

See the full report on page 6 of the January 2012 issue of RAD Magazine.