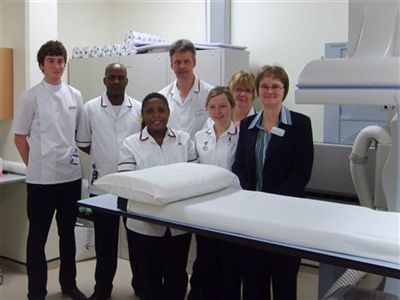 The Royal Derby Hospital, officially opened by the Queen in April, has installed a Toshiba Ultimax multi-purpose x-ray system.

Emergency and elective care has been moved from the former Derbyshire Royal Infirmary and now all acute clinical services are on one hospital site for the first time in many years.

Reports superintendent radiographer Sue Johnson: “The new system meets all our requirements and we particularly liked the space to work around the patient.  We also liked the intuitive functions, particularly when training staff on how to use it.  We are now doing sialograms using the fluoroscopy function as the dose is lower and also the imaging more accurate than with plain film.”

See the full report on page 14 of the September 2010 issue of RAD Magazine.