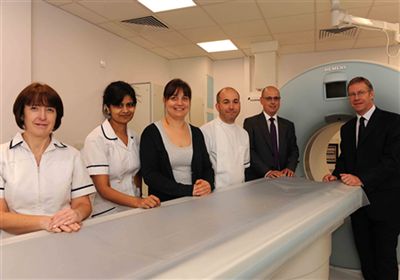 It contains the largest single-floor critical care unit in Europe with more beds than any other single-site teaching hospital.  It is the primary receiving hospital for British military casualties and a regional trauma centre for the West Midlands.

The pace of innovation will continue over the next year with the installation of syngo.via to power multi-modality image reporting.

See the full report on the fron page of the August 2010 issue of RAD Magazine.

The Lister upgrades MRI after months of preparation