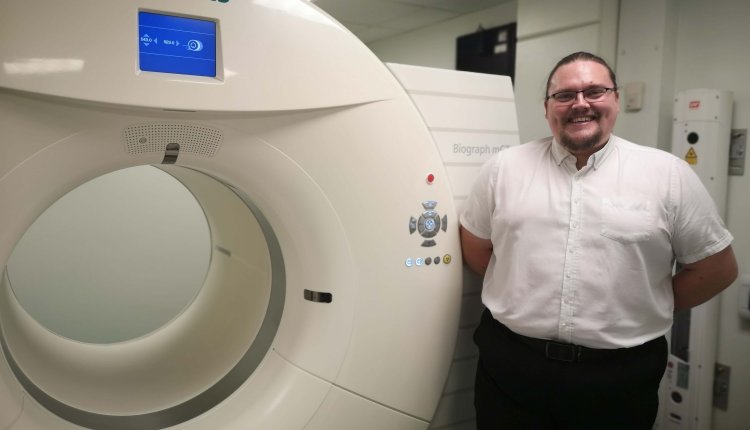 After some research, Shepherd found some visor designs that had been made public access by Prusa Research in response to the pandemic. The design had been through a number of prototypes and a verification process with the Czech Ministry of Health. “This seemed like the most reputable and potentially reliable source we could find, so I downloaded the files and got to work,” he explained.

“The designs worked pretty well straight out of the gate so all I really needed to do was some fine-tuning to optimise the design for my 3D printer. At the beginning I was only able to produce three units a day, but I have optimised settings and speeds to get eight or nine every day.”

Shepherd qualified as a radiographer 11 years ago and has worked for a few departments since then. He did a postgraduate diploma in nuclear medicine and has been specialising in PETCT for the last seven years.

He continued: “The reaction has been overwhelmingly positive. I have taken feedback from sites that have had visors from me and made slight tweaks to the design and components used in response.

“This project isn’t going to change the world, but to every person we are able to help it means the world. At the end of the day, that’s why I do the job I do and that’s why I will keep going on this mad project for as long as funds allow and a need is there. At last count, my visors have gone to 12 different sites.

“The GoFundMe page I set up has been a godsend and I don’t think I would have been able to make all this PPE without the money people donated through it. The page has been a great help but I have still invested approaching £1,000 of my own money into the project. My fear currently is that people will come to me and I won’t be able to afford to help them anymore. That is why the GoFundMe page is so important to the ongoing success of this project now.”

Published on page 3 of the June 2020 issue of RAD Magazine.