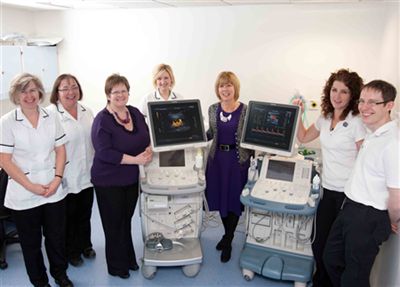 Onsite training designed to maximise the use of three new Toshiba ultrasound machines was conducted recently at Wrexham Maelor Hospital.

Betsi Cadwaladr University Health Board purchased two Aplio MX scanners and one Aplio XG.    One of the Aplio MX systems is a replacement system and will be used for general radiology including MSK, paediatric ultrasound, obstetrics and 3D gynaecology.  The second Aplio MX has been installed in Chirk local community hospital and the Aplio XG will be used purely for vascular work.