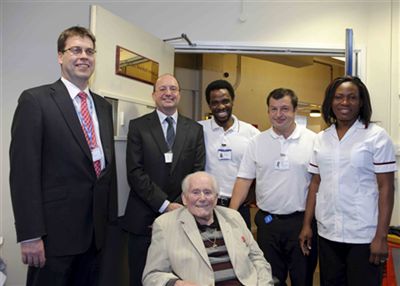 The Royal National Orthopaedic Hospital has purchased two Philips DigitalDiagnost dual detector digital x-ray systems, one as a replacement of an old analogue system at its site at Stanmore, and the second for its newly-developed Outpatient Assessment Centre at Bolsover Street in central London, which opened in December 2009.

The ergonomic design of the DigitalDiagnost is ideal for high throughput departments where high performance is essential.  The two detectors make it easy to switch from table to chest exams and the automated functions, such as auto collimation and move-to-position, help increase workflow.

One clinician has written to the chief executive regarding the improved service, requesting that the hospital installs a further system.

Superintendent radiographer Antony Turner said: “The stitching technology is paramount for us.”

See this report on page 7 of the April 2010 issue of RAD Magazine.