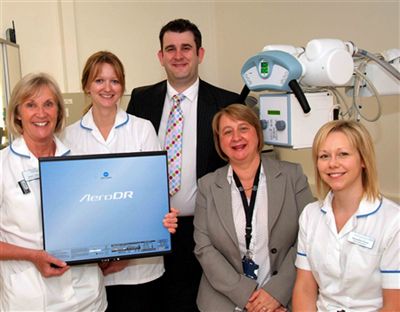 Patient x-ray exposure has been cut at Royal Leamington Spa Rehabilitation Hospital (RLSRH) after it installed a wireless DR system from Konica Minolta.   The Aero DR can produce a preview image in less than two seconds, which has allowed the hospital to increase patient flow.

The Leamington contract followed the successful installation of an Aero DR at nearby Horton Hospital in Banbury, which has cut its examination times significantly.  Technical sales team member David Halfpenny said that Leamington radiographers had been impressed during a site visit to Banbury and heard positive feedback from staff about the product.

See the full report on page 3 of the October 2012 issue of RAD Magazine.