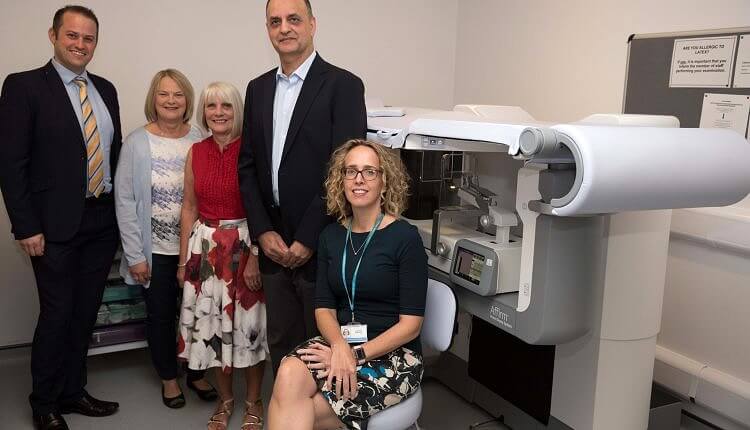 Hologic says the 3D Affirm prone biopsy system uses the same imaging technology as the Selenia Dimensions, so subtle lesions that can only be seen under Hologic 3D mammography can be quickly targeted, with the advantage of the patient lying prone.

Specialist radiographer and lead mammographer Vickie Sanderson said: “The prone table is a pleasure to use as it is intuitive, and patients are more relaxed as they are lying down and unable to see what is going on around them. This makes everything so much quicker and more free flowing, especially with the bonus of tomo-guided biopsy.”

Consultant radiologist Dr Kausar Raza added: “As well as the usual advantages of a prone table, including much improved patient comfort and hardly any chance of the patient fainting, technical advances such as having 360 degree access to the breast and the ability to switch to the lateral approach without moving the patient, plus the ability to biopsy using tomosynthesis, have meant that the Affirm prone biopsy system is much more user-friendly and flexible.”

Published on page 32 of the October 2019 issue of RAD Magazine.