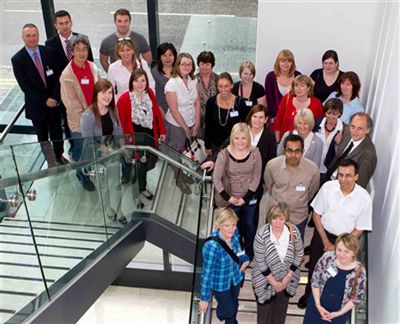 The Siemens Healthcare ultrasound team held a system optimisation day in Manchester for north-west based customers.

This was one of a series of tailored education sessions regularly held in the UK by Siemens to extend clinical and technological knowledge.

The event was attended by 21 delegates including obstetricians, radiologists, sonographers and vascular technologists from sites including Bradford Royal Infirmary, St Mary’s Hospital and Chorley and South Ribble Hospital.  It was designed to extend knowledge of the S2000 with a particular focus on 2D and Doppler imaging so that attendees could learn in detail about image optimisation.

See the full report on page 12 of the July 2011 issue of RAD Magazine.