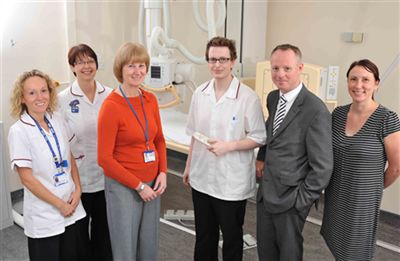 Due to redevelopment of the hospital site, Tameside will downsize from five Bucky rooms in favour of the two DigitalDiagnost VM rooms.

The radiology department concluded that despite having reduced the number of x-ray rooms, the combined speed, flexibility and ease-of-use of the DigitalDiagnost VM would allow them to increase their workflow sufficiently to ensure full continuation of the service they provide for the people of Ashton-under-Lyne.

The DigitalDiagnost is Philips’ direct digital radiography system with flat detector technology, based on modular components for all X-ray applications and workload requirements.

See the full report on page 25 of the January 2011 issue of RAD Magazine.