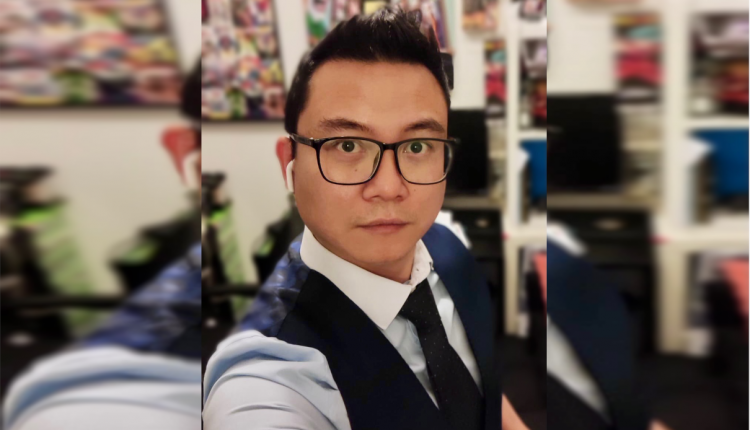 My personal journey started back in 2018, when I was working as a registrar at Broomfield Hospital, part of Mid and South Essex NHS Foundation Trust. At the time, I was heavily involved in prostate cancer diagnostics, where I was largely conducting template biopsies.

We were initially introduced to transperineal biopsies conducted under local anaesthetic by Rick Popert, Guy’s and St Thomas’ NHS Trust, who had adopted the methodology using the PrecisionPoint access device. We felt it was a far more advanced and safer technique, albeit then still a relatively foreign concept. Together with Joanne Shingler, consultant nurse, we were able to undertake a governance exercise and over the period of approximately eighteen months migrate fully over to LA TP. During that same time, we worked on evolving our antibiotics protocol, which is really only viable with LA TP due to its far reduced risk of sepsis. However, by late 2020, when I joined the team at King George Hospital, BHRUT, we had also successfully stopped giving pre-emptive antibiotics.

At the time, BHRUT was just converting from GA transperineal biopsies to LA – an initiative led by Adam Alleemudder – and we were able to establish a ‘green zone’ unit due to COVID-19. Given the increase in antibiotic resistant infections and the increased risk to patients, we felt it imperative to implement the antibiotic protocol. Right from the outset of our LA TP journey, we fully embraced antibiotic stewardship.

Establishing the evidence base

There has historically been an innate reluctance to change; the use of antibiotics has been the de facto standard, especially with TRUS biopsy because of the risk of sepsis. However, the tipping point was COVID-19. The pandemic got everyone thinking about innovation, with patient safety at the core. Antibiotic resistance is a silent killer. 700,000 people a year die from it. And it’s not just a ‘first world’ problem; it’s global. We are waiting for different versions of it to happen and, from a urology standpoint, this was how we could make a positive impact.

The first thing we did was establish the evidence base. We involved colleagues in Microbiology very early on in the process, and with their full engagement, we were able to change trust guidelines in the space of just six weeks. Indeed, by mid-February ’21, the trust’s agreement was overwhelming.

Moreover, since adopting LA TP with PrecisionPoint in December 2020 (the first LA TP biopsy was on December 24), we have now conducted over 350 biopsies without evidence of sepsis. The success of PrecisionPoint is evident here: it is a very robust device, is highly manoeuvrable and reliable. Ultimately, it helps us to sample the prostate in a safer and more effective manner.

The other aspect of the prostate biopsy that team at BHRUT has been focusing on is the holistic patient experience. For every man undergoing a prostate biopsy, it is a worrying time. Yet, it’s not just about the potential diagnosis of cancer; for many men, the actual biopsy itself is an invasive investigation that can induce a high degree of anxiety.

To help with this, we have created an information leaflet to help educate patients and give them a better idea of what they might expect. We also undertake a lot of planning prior to each list, with MRI meetings so we know exactly which areas of the prostate to sample. This planning makes the process more streamlined, organised and faster for our patients.

We also take into consideration the emotional state of each patient. We offer a choice of music that we play in the background to help calm them, and our nursing team is extremely acute to patients who might be having trouble, so we can actively intervene to reassure them. Again, having a team that is attuned to each other allows us to focus on the most important thing in the room: the patient. Moreover, it makes the procedure slicker and improves the patient journey.

Evolution is natural; for BHRUT, we have created a platform that allows us to impart our knowledge and enables us to show peers first-hand how the prostate biopsy can be improved. We want to replicate what we have learned to make the experience and outcomes better for patients across the UK and internationally.

We are establishing a bi-annual training programme for trainees from other regions across the UK, whereby we mentor them on their LA TP journeys; and indeed, would consider it a privilege to extend this to other countries.

There is so much supporting evidence for LA TP: reduced sepsis; improved antibiotic stewardship; cost effectiveness; and improved patient safety, particularly given the COVID-19 pandemic. While on paper, the move from GA to LA biopsy might seem daunting, there is simply no longer any reason to not convert. The key lies in planning and strong teamwork to change a decades-old (and dated) mentality.