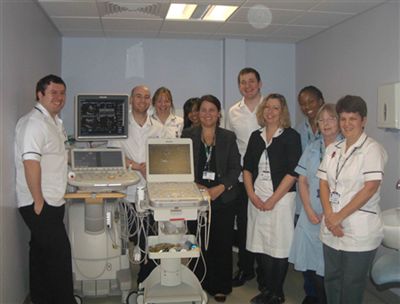 Wythenshawe routinely performs transthoracic and transoesophageal 3D studies, and runs one of the largest stress echo and contrast imaging services in the north west.

By standardising on Philips equipment, the hospital ensures compatibility between systems used in cardiac theatres with those used in the cardiac outpatient services.

Dr Anita Macnab explained: “South Manchester University Hospital has a high volume echo service with years of experience in advanced imaging.   We pride ourselves on being a flagship unit for the north west and have a proven track record for echo research and education.

“We have utilised both Philips and other manufacturers’ machines in the past and the over-riding feeling in the department is that Philips’ carts are more user-friendly and the images from 2D and colour Doppler, in particular, are superior.   For these reasons we have opted to buy more systems for all echo work, both basic and advanced.”

See the full report on page 28 of the March 2010 issue of RAD Magazine.