All geared up for a half marathon 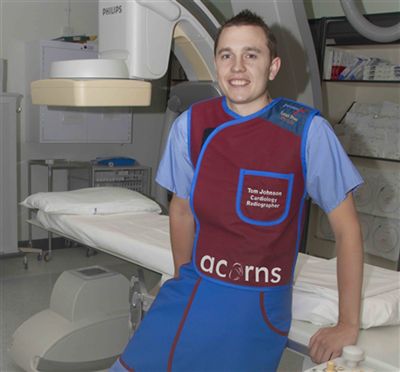 Running a half marathon is tough enough, but Tom Johnson, a radiographer at Birmingham Heartlands Hospital cardiology department, decided to make it even more of a personal challenge. Next month he will be raising money for Acorns Children’s Hospice in Birmingham by running in the EDF Energy Birmingham Half Marathon  Race Against Climate Change wearing a protective lead apron.

With only one previous half marathon under his belt, Tom approached long-term protective apron manufacturers ProtecX to ask if they would make him one of their lighter weight protective aprons. The company was delighted to help and has custom-made Tom a lightweight apron free of charge.

The event takes place on October 11, 2009.  Donations to Tom’s fundraising can be made at www.justgiving.com/tomjohnson99

See the full report on page 19 of the September 2009 issue of RAD Magazine.